About the Old Capital of Lithuania

Kernavė is the cradle of the Lithuanian state 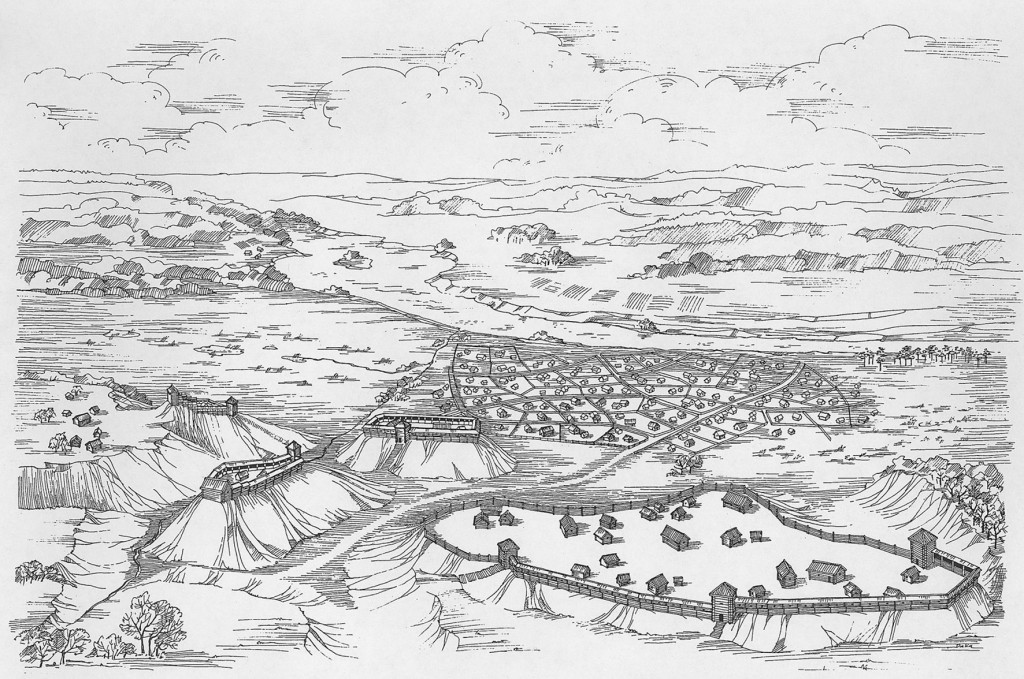 There is no doubt about the importance of Kernavė in researching the origins of the Lithuanian state. It is believed that the Lithuanian capital was where the Grand Duke resided at that time. The invasion of Duke Traidenis' land and Kernavė in 1279, mentioned in the chronicles of Herman Wartberg and Livonia, confirms that Kernavė was the center of the military, political and commercial power of the state of Traidenis. It was from here that after the assassination of King Mindaugas, Traidenis united the Baltic lands and ruled Lithuania. Historical sources testify that the old capital was here, only later moved to Trakai and Vilnius.

1365 the joint army of the German Order together with Kęstutis' son Butautas attacked Vilnius. When retreating, the army burned Maišiagala and Kernavė castles. The city and the mound defense system were quickly rebuilt. However, in 1390 the army of the German Order, led by Vytautas, invaded Lithuania. This time Kernavė was burned by the garrison itself, and Maišiagala was taken by the Crusaders. Castles and the city were never rebuilt. Residents settled elsewhere, or were killed during the Order's march. The medieval craft and shopping center suddenly ceased to function. However, as early as the 15th century Grand Duke Vytautas visited Kernavė and stayed for a while. From here he wrote letters to the great Prussian masters: in 1409 to Ulrich von Jungingen and in 1429 to Paul von Rusdorf.

The crusaded city of Kernavė has remained in historical memory for a long time. 1633 In the case of the pastor of Kernavė, Jokūbas Pucelevičius, with the governor of the Kernavė manor, Mykalojus Rymskis, it is written “pole, gdzie przedtym milesto, na dole nad samą Vilius ...”. In historical documents, the former Kernavė in the Pajauta Valley is called a large city, and later it was restored on the upper terrace of the Neris - just a town. A couple of hundred years after the burning of Kernavė, the city and its place in people's memory have survived. This is reaffirmed in XIII-XIVa. Kernavė was an important economic and political center of the Grand Duchy of Lithuania.

The medieval archeological heritage of Kernavė, untouched by later urban processes - the city, cemeteries, the defensive system of mounds, perfectly illustrates the earliest urban culture of the Lithuanian state. In the center of the city, on the hill of Aukuras, stood the duke's castle, which was protected by the defense system of four mounds. Streets, merchants' and craftsmen's quarters stretched in the Pajauta Valley and on the upper terraces. At the end of the 13th century, representatives of the merchant class lived in Kernavė, as evidenced by the entries in the Riga Debt Book. 1290 one of Kernavė merchant Rameizis, and in 1303 merchant Studilė owed several pounds of wax. By the way, we do not find the names of other Lithuanian city merchants in this source yet.

However, with the entry of the Gediminas dynasty, the role of Kernavė begins to decline. At the beginning of the 14th century, a brick castle appeared in Old Trakai. Vilnius is mentioned as the capital of the state in 1323. Why the city of Kernavė has lost its previous importance is still being debated.

The burial monuments of the Lithuanian capitals - Vilnius, Trakai - are unknown and unexplored. The necropolis of the dukes - the Šventaragis Valley in Vilnius, perhaps is nothing more than only a legend. In Kernavė, meanwhile, the 13th-14th century cemeteries has been studied  - cremation and demolition tombs, represent the polytechnic community of merchants and craftsmen typical of the cities of that time.

Archaeological excavations of the medieval time Kernavė city and cemeteries have shown that the city of Kernavė was a derivative of the European historical context, but retained a distinctive still pagan worldview mixed with the Christian cultural tradition.

Gallery
Leave us a message

Administation of the State Cultural Reserve of Kernavė

Our request form uses Google Recaptcha which helps us distinguish you from online robots sending us spam messages.

You can select which cookies are to be accepted.